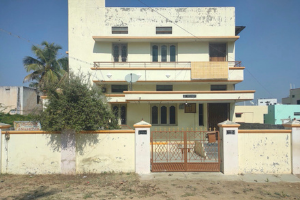 How Covid19 has affected the social sector in remote rural areas

With the Covid pandemic outbreak and the subsequent lockdown, our team had stopped travelling and meeting our NGO partners in person for many months. In Dec 2020, we travelled to Raichur to meet our North Karnataka program partners.

We landed up at the office of one of the NGOs, Jagruthi (name changed) to find a deserted building in a dilapidated condition.

This NGO had been very active earlier, but the founder Mohan (name changed) had fallen ill. He was in his sixties and while he was hoping to get better and revive operations, we were not so sure. Small grassroot organisations are often led and managed by one person, and it was not uncommon to see board members and other staff not having a say in the execution. Mohan did not trust the board members and suspected them of having embezzled funds.

It was sad to see an organisation which had been very impactful in the community, with a large number of beneficiaries for so many years getting into such a situation. This is a common story of many grassroot organisations led by individuals, especially those without a functional and effective board.

Another NGO Suvidha had stopped operations in May 2020 as their main funding agency had stopped grants. They worked to prevent and stop child marriages and child labour which is prevalent to this day in rural Raichur. The founder Siddappa says that he would come across one complaint of child marriage/labour almost every day in the region. Their donor informed them that their priorities for FY 2021 have moved to Covid19 relief.

Last summer Dhwani Foundation had conducted a study on the possible impact of COVID19 in the Social Sector. We spoke to 56 respondents – key stakeholders across the NGO, donor and support communities. We found the impact of COVID 19 on the social sector is long-term and will last till 2022. Funding to NGOs has reduced by around half in the 2020-21, smaller NGOs have shut or are barely managing to survive.

Most programs had been affected and there is pressure on the rural system, with returned migrants struggling with no livelihood options. Anxiety and stress were having ripple effects. Several important social, educational, and psychological issues that need the required attention may not be the focus in the short term. We realised that could lead to unique challenges that society will need to address in the long run.

New and amended regulations are now adding to NGOs’ already long list of challenges. The FCRA Act amendment prohibiting large NGOs/funders giving subgrants to smaller NGOs for implementation was another setback to organisations like Suvidha. Suvidha had been fully dependent on such funds to run their operations, pay salaries to their ten staff members and reach out to 100+ villages to stop child marriages and child labour.

Only founder Siddappa and two colleagues are left in the organisation. They are now running a local newspaper. With a circulation of 5000 copies, its ad revenue is their sole income. Their community work has come to a standstill. The funder has promised some support. But it remains to be seen if that can help revive the operations to its original scale and help reach out to the community for such an important but unpopular work.

Siddappa has been an activist fighting for child rights for over 30 years and with his connections across the region, he has been at least able to mobilise resources from the community and from the local donors to run awareness camps on child marriages and labour prevention. The problem of child marriages is so severe in this region that a child helpline worker in the economically backward Raichur district has received over 100 complaints in the last two months!

The third NGO we visited was at Sindhanur, 70km away from Raichur. Light of Hope runs an orphanage and a school for children of local agricultural labourers and single parents from marginalised communities. The school has had no children for the last 9 months due to the lockdown rules. After Covid19 struck, they have been engaged in relief activity for the community. They supported more than 200 families with groceries and personal hygiene kits.

There is no clarity on when schools can reopen. The orphanage/foster care home that once used to support around 70 children in residence now has just ten children as many of them went to their villages to stay with relatives/extended families. The future of the NGO is in question. The founder John is mulling over what can be done to support local families struggling to meet their basic needs.

For us, these three NGOs represent the condition of many thousands of NGOs across the country — those that are small and medium in size, based in rural remote areas and serving the most marginalised communities. These NGOs are the ones that do not attract the talent required to work on the hardest social issues plaguing society to this day.

There is a critical need for non-profit community organisations to build the right strategy. They need to improve fundraising process, incorporating efficiency and cost-effectiveness in proposals. Self-sustainable projects and local fundraising needs to be explored for revenue generation. Research, data analysis and reporting will be a basic need.

Technology is now critical for being effective. It also ensures continuity in work. NGO networks and collectives will be key to being relevant to the communities they serve and in influencing policy.

NGOs and CBOs are an essential cog in the wheel of the development. It is even more important than earlier that all stakeholders in the sector, including the grassroots organisations, donor agencies, foundations, social research institutions and academia, and governments come together to ensure we can collectively tackle the multiple challenges of our society.

Koushik Yanamandram is a Programme Manager at Dhwani Foundation. 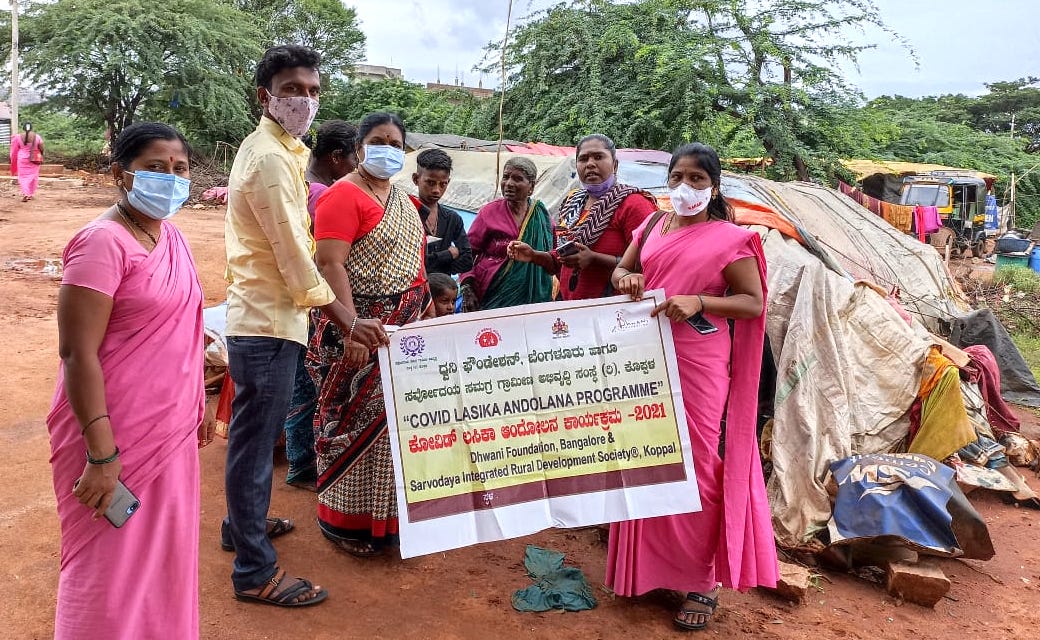 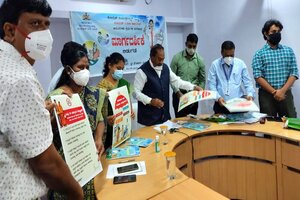